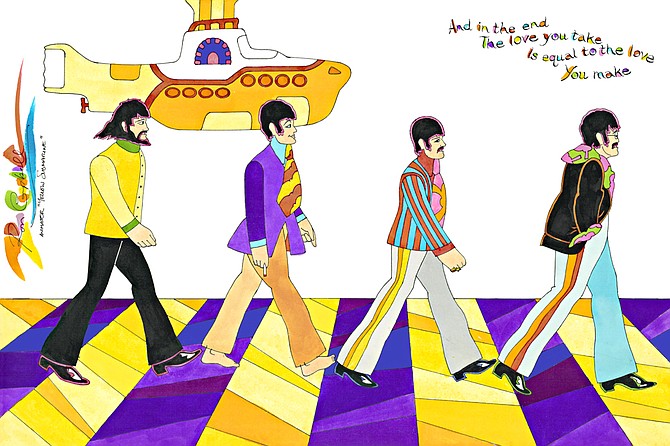 Whether it’s the blue moonies wreaking havoc with the Beatles in Yellow Submarine, or “George of the Jungle,” smacking into a tree, Ron Campbell was there. His colorful cartoon art spans three generations and is now coming to Mount Vernon’s Nepenthe Gallery to lay the groundwork for this nostalgic art.

"I was right there on the leading edge of animation in Australia," Campbell said in an interview a few years ago. "I always enjoyed what I did," he added.

Campbell, who died in early 2021, was an Australian with a knack for the colorful, character art that seems to have a place in everyone’s life these days, whether they remember Scooby Doo while eating cereal on Saturday morning in the 1970s or the Smurfs. 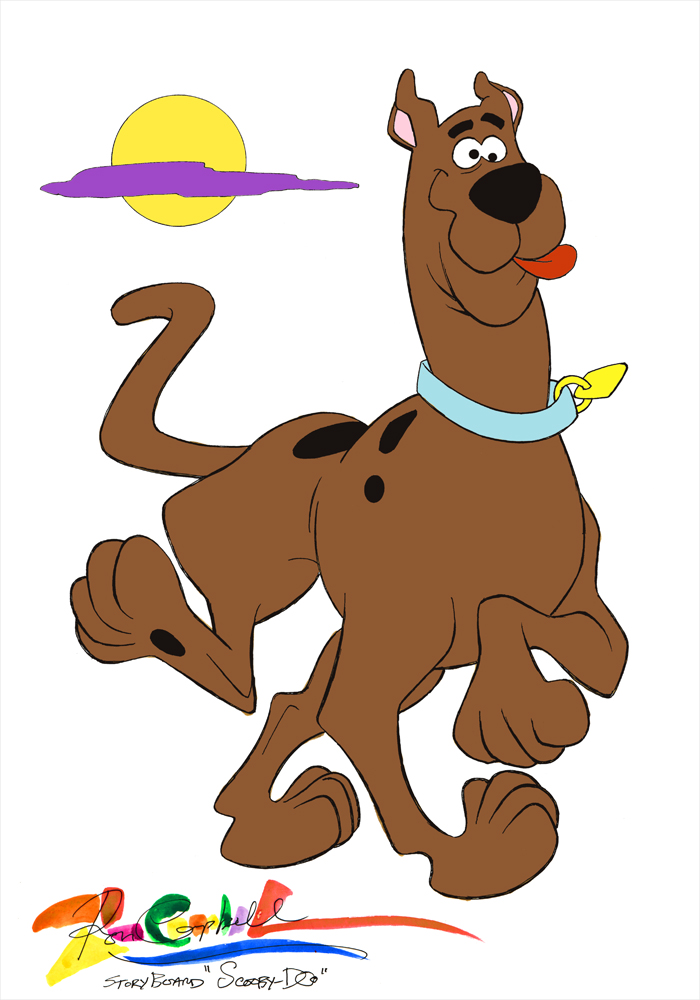 Scooby Dooby Doo, where are you?

“Literally three generations of cartoons, the golden age of cartoons,” said Scott Segelbaum, the Rock Art Show host who was with Campbell for years and now keeps the show alive.

Campbell didn’t really know too much about the Beatles even though they are one of the biggest names in rock music, and even thought his agent was talking about the actual insects when he first pitched the idea. Following the Beatles, he drew cartoons of Scooby Doo and the Harlem Globetrotters who got on his nerves because of the amount of dribbling. "Even when they're standing still they're bouncing the ball," he said. His caricature-like interpretations were perfect though, and got another slot for the Saturday morning viewers.

Now the show tours around the country, making stops in Salem, New Jersey; Akron, Ohio; Mexico or across the pond to Liverpool, the birthplace of the Beatles.

Segelbaum wanted to make an appearance in this area and settled on Nepenthe Gallery. Not just anywhere will do for this style of show. “It’s a fun, happy kind of place,” he said. “They instantly got it,” he added, referring to a cultural significance that is needed for Campbell’s show.