Warming Up to Plants in the Winter
Votes

Warming Up to Plants in the Winter 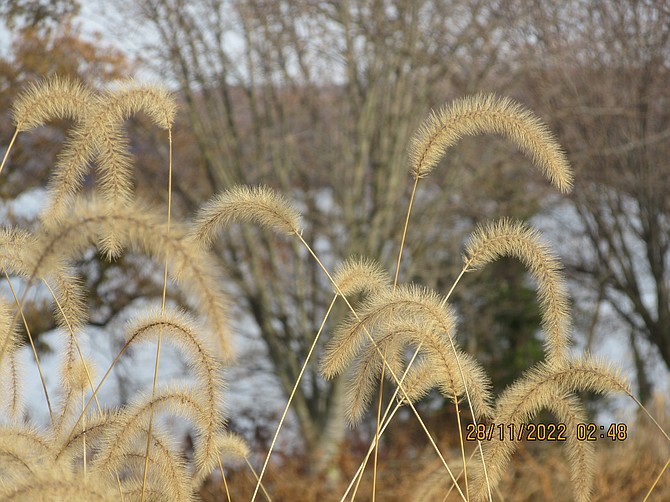 Japanese or nodding bristlegrass shimmers in the breeze

The limbs are curvy, squiggly and intertwined. Shrouded in leaves in the summer, in the winter, the gnarly patterns jump out. This is the corkscrew hazel or Harry Lauder’s walking stick, a deciduous shrub named for a Scottish gent who had a crooked walking stick. 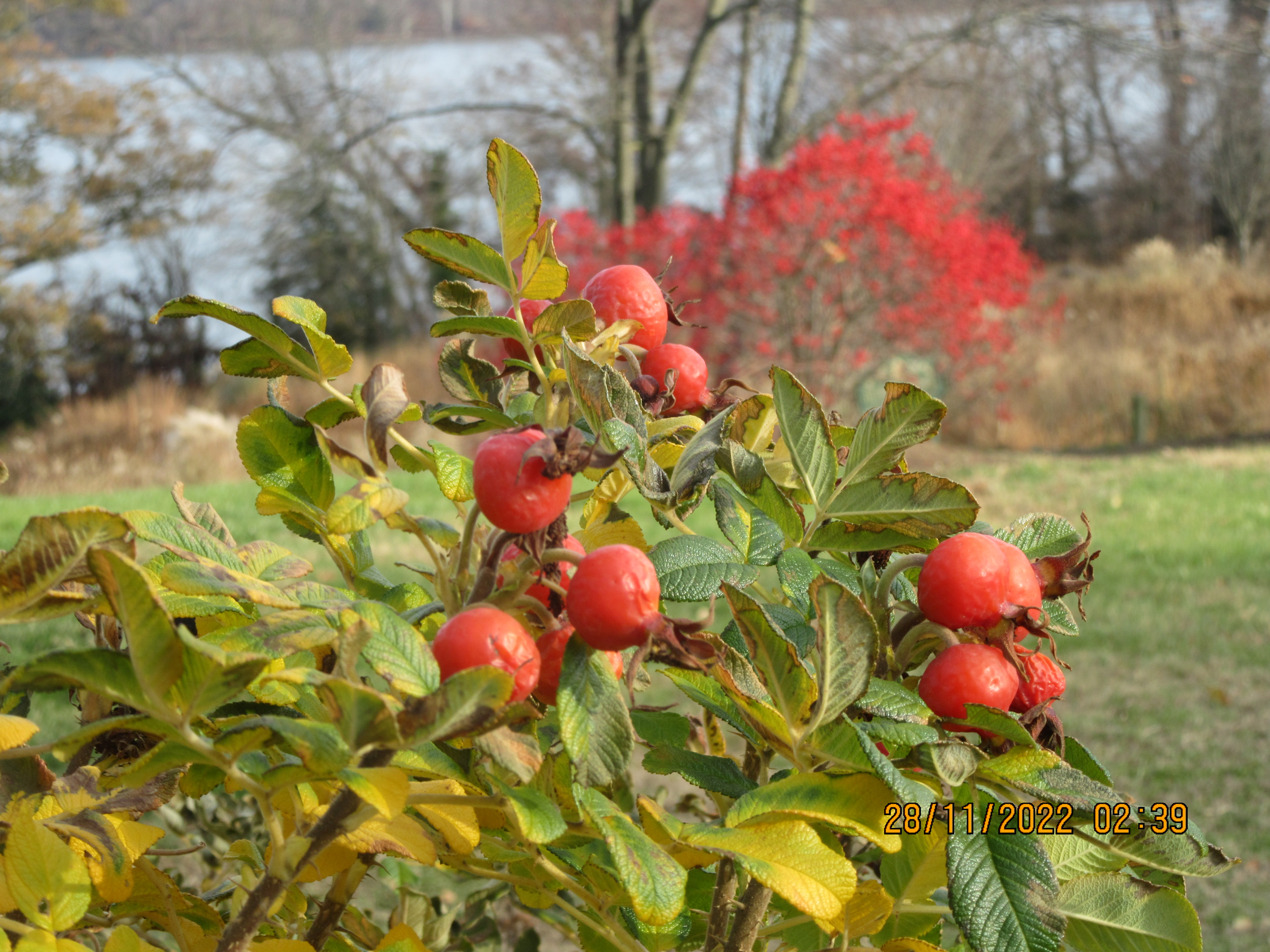 This intriguing plant on the east side of River Farm’s mansion is but one of winter’s delights at the headquarters of the American Horticultural Society on East Boulevard Drive in Mount Vernon. And while the winter gardens do not have the razzle-dazzle of summer and are not ablaze with fall’s leaf colors, it’s a time to savor winter’s quiet and study nature’s “bones.” Though most plants go dormant in the winter, some are show-stoppers, at a time when the sun is low and human disturbances are fewer.

“Winter is about structure,” says Tammy Burke, AHS’s chief horticulturalist. “The stems, fruits and buds of plants reveal functional patterns,” she notes. Bare tree limbs reach to the sky like outstretched arms. Last spring's bird and squirrel nests stand out in the leafless shrubs and trees. Seedheads sway in the breeze.

Winter is an opportune time to study tree bark. One standout at AHS is a Chinese elm which has contrasting tan, brown and orange exfoliating bark, a series of vertical splotches resembling a Jackson Pollock painting. The crape myrtles’ cinnamon-colored bark naturally peels away, exposing lighter tones underneath. There’s beauty in the browns and tans, like the brown hydrangea blossoms that point skyward. The arched Japanese bristle grass shimmers in the breeze, like little tan squirrel tails.

A close study of twigs offers hints of spring. Next year’s growth is in buds at tree branches’ tips, called terminal or end buds. The bud is dormant throughout the winter, awaiting spring sun and warmth to open. Twigs also have scars where leaves used to be.

AHS has a magnificent Osage orange tree, estimated to be at least 200 years old and listed on the Virginia Big Tree Register. In 2019, it was measured to be 65 feet tall with an average crown spread of more than 90 feet. It has a furrowed gray-brown to orange-brown bark.

Spots of color punctuate the landscape. The rose hips of Rosa rugosa and winterberry shrubs’ red berries brighten the landscape. Ditto the yellow fruit of the Surattense or yellow-fruit nightshade and the pink muhly grass or hairgrass, a bushy grass that’s up to four feet tall.

“I prefer winter and fall, when you feel the bone structure of the landscape – the loneliness of it, the dead feeling of winter. Something waits beneath it, the whole story doesn’t show.”

And while many plants are dormant in the winter and plant life may look dead, in the leaf litter or leaves on the ground are decomposers like bacteria, fungi, beetles, earthworms and many microscopic critters. Many invertebrates overwinter in leaves and other organic debris, like great spangled fritillary and woolly bear caterpillars. Plant stems hollow out in winter and some insects spend time there.

Some birds probe tree bark for tiny overwintering insects or insect egg cases. Others feed on plant seedheads and others feast on holly and other berries. “Leaving seed heads in the garden over winter benefits nature in many ways,” Burke recommends. “Seed heads from plants add interesting winter structure, the seed heads feed the birds naturally and the stems are beneficial for overwintering insects.”

Winter is a good time for spotting wildlife too at AHS. Staffers there see red foxes, turkeys, deer, rabbits, raccoons, coyotes and raptors. Spring will hopefully bring the return of a bald eagle pair that has successfully raised young there in recent years.

Take it all in. “The soft winter light reveals the muted palette of colors in soft grays and tawny browns, beautiful textured bark, colorful stems and beautiful berries of red and deep purples, rose hips and the flowering witch hazel and camellias in all their glory,” offers Burke.

th anniversary. In 1973, AHS came to River Farm so 2023 will be the 50th anniversary of AHS in its current location. The non-profit has more than 20,000 members. Their 25-acre site on the Potomac River has both formal and natural gardens and habitats.