Continuing Our Progress in Mount Vernon 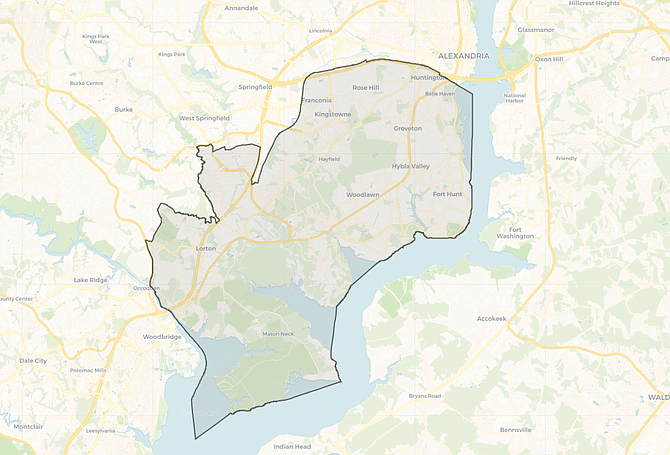 By By Sen. Scott Surovell

It has been an honor to serve our community in the Virginia legislature for the last 12 years. I am letting you know that I will run for re-election to represent the 34th District in the Senate of Virginia in 2023.

The redistricting of state and federal elected officials’ districts made substantial changes in the Senate district I have represented for the last six years. The area of Fairfax County south of Alexandria and east of Interstate 95/495 is currently divided between three state Senate districts. After the election in 2023, there will only be one district and it has been renumbered as the 34th Senate District similar to the configuration in our area before 2001. The new boundaries are roughly everything in Fairfax County south of Alexandria, west of the Potomac River, north of the Occoquan River and east of the CSX railroad tracks that run from Alexandria to Richmond, Pohick Creek and the former Lorton Prison.

I am excited to be reunited with many of my existing neighbors, former constituents and I look forward to working for a district that is more of a community than the current fragmented district. My life in elected public service began in 2009 when I was first elected to the 44th House of Delegates District after Del. Kris Amundson’s retirement. I was elected to the current 36th Senate District after Sen. Toddy Puller announced her retirement in 2015.

Since 2009, one of my top objectives has been the reconstruction and redevelopment of U.S. 1 to facilitate the extension of the Yellow Line Metro subway to the south. As a result of Sen. Puller and me securing $2 million in 2011 to conduct the U.S. 1 Multimodal Alternative Analysis Study, our community reached a consensus on a road design and supporting development which has resulted in a near $1 billion transportation improvement project that is currently underway in the corridor with the full support of Delegates Paul Krizek and Mark Sickles along with Supervisors Dan Storck and Rodney Lusk.

In 2020, I was proud to carry legislation to abolish the death penalty in Virginia and lead reforms of Virginia’s criminal justice system. I led the fight to require Alexandria to stop discharging 150 million gallons of raw sewage into the Potomac River every year and to require Dominion Energy to spend an additional $2 billion to clean up its coal ash ponds to the highest standards.

Expanding Medicaid and health care to 300,000 Virginians in 2017 was a proud moment for me, an advance that has created tens of thousands of Virginia jobs and made health care available to over 10,000 people that I represent. I also proudly carried a bill to prohibit people from operating a motor vehicle while holding a cellphone and to provide driving privilege cards to 300,000 Virginians awaiting legal status – many of whom live in our community where one in four residents was born in another country.

As a graduate of West Potomac High School, James Madison University and the University of Virginia School of Law, I recognize that state and local public education invested in me so I could have success. Fairfax County Public Schools now receive $463 million more per year or about $2,700 more per student than when I was first elected in 2009 – a 98% increase over 2010. We still do not pay our teachers nearly enough, but we have made significant progress.

I was also honored to negotiate Virginia’s new minimum wage bill with Del. Paul Krizek which will increase Virginia’s minimum wage will rise to $12.00 per hour on Jan. 1, 2023. I was also proud to lift the ban on collective bargaining on our local public employee unions and expand all workers’ rights to hold employers accountable for wrongful conduct.

We have much work to do to improve our quality of life. I hope I will earn your vote as your state Senator on Nov. 7, 2023. Please share your suggestions and views with me at scottsurovell@gmail.com.