Call to Engage: A Suburban Mom’s Path to Activism
Votes

Call to Engage: A Suburban Mom’s Path to Activism 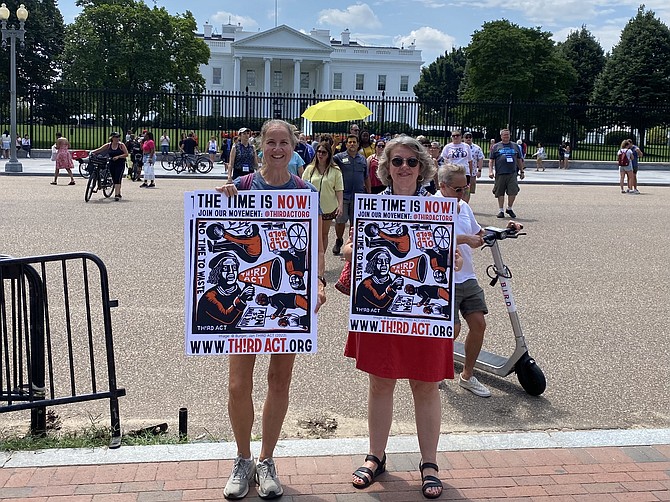 Letter To The Editor:

When my oldest daughter was 11 years old, she cried when a tree was cut

down in our northern Virginia neighborhood. I thought her empathy was

endearing, but perhaps I should have seen that her seed of passion was

the start of something huge. Since then, my daughter has become a full

time environmental activist, working and fighting for the trees and

people harmed by oil and gas pipelines. She teaches me what it means to

participate with passion and radical love, and I couldn’t be more

Early on in her activist days, I, a former helicopter mom, wanted to

careers her peers had followed. So I visited her as she fought pipelines

(the Mountain Valley Pipeline and the now deceased Atlantic Coast

Pipeline) in southwest Virginia. I was sleeping in a motel (no tents for

me, thank you!), learning about the history of the area and non-violent

direct action, and, perhaps most importantly, meeting her friends.

an area with marginalized people. It was clear that these new pipelines,

and many others, do not benefit the people living here and will only

speed up the destruction of our already warming planet.

After one of my many weekend trips to visit southwest Virginia, I came

should be a little bit more like my daughter.

To give myself some credit, I wasn’t completely ignorant before my

daughter started her activist work. I  had become more politicized after

the election of Donald Trump, and saw that the problems of systemic

racism, environmental justice, and economic inequality are all

intertwined. It had been clear that we are not going in the right

direction. But what can I do now? What would my daughter do?

I know what she wouldn’t do. She wouldn’t sit around “seeing” problems

and talking about them. She would get out there, learn more, and get her

hands dirty. So I did too. And I haven’t stopped.

of people like me: Older folks who are mostly retired, have some extra

time, and want to do more than write postcards or show up at big

marches. The organization, started by Bill McKibben, focuses on trying

to stop banks from investing in new fossil fuel projects, as well as

increasing voter turnout. My gray-haired allies and I in the Virginia

chapter have organized protests in front of bank branches, hosted

non-violent direct action training, and collaborated with other

environmental organizations to share how older folks can contribute

their time, energy, and money to creating a better world.

doctors, teachers, government workers, and artists. Some of us were

protesters from the Vietnam war days, and some have never held up a

protest sign in their life. However, we all know we need to do

can participate in our democracy. And we all know that we can make a

work is futile. They think that we’re all doomed, or that maybe things

will eventually get better on their own. My daughter, our activist

allies, and I don’t want to wait, and we certainly don’t think things

will improve without pressure. We know there is power in movements, and

we know that there is still hope if we act now. Erica Chenoweth, a

political scientist at Harvard University, has confirmed that civil

disobedience is the most powerful way of shaping world politics. John

Go to thirdact.org to learn how you can get involved.