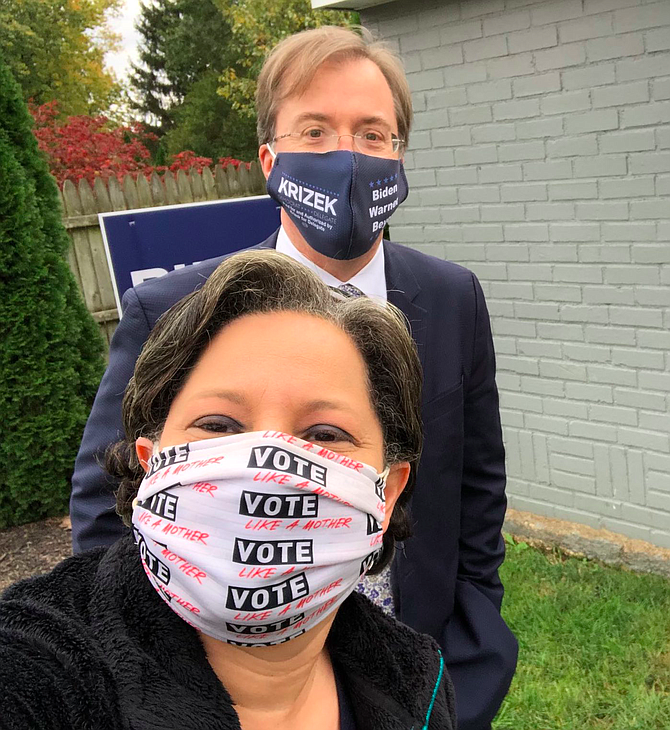 Spring has finally sprung, and that means that the 2021 campaign season is now in full swing! Last week, I announced that I am running for my 4th term in the House of Delegates to continue representing my lifelong home of Mount Vernon down in Richmond. While I do not have a primary this upcoming June 8, Virginia voters will have important decisions to make at the ballot box regarding candidates for the three statewide offices: Governor, Lieutenant Governor, and Attorney General. As the start of early voting is swiftly approaching (indeed, early voting begins on April 23 by mail), many constituents have asked for my thoughts on the candidates, so I want to share my choice for our next Governor.

Sen. Jennifer McClellan has my strong endorsement to be the next Governor of Virginia. No one is more prepared to lead our Commonwealth into the future.

I have followed Jennifer’s career in public service for decades, from our time serving together during our youth in the Virginia Young Democrats to working as colleagues in the General Assembly.

Throughout the years, I have marveled at her drive, her determination, and strong advocacy for the values Virginians care about, from quality education for all, combating racial inequity, access to reproductive health, criminal justice reform, and safeguarding worker rights.

Sen. McClellan’s legislative prowess has demonstrated her ability to meet the moment and pass critical legislation for the benefit of all Virginians. In just the last two years, she has led the fight and passed nearly four dozen pieces of legislation. I will highlight just a few for you. These are all law now and I am proud to have supported her efforts and voted for each of these important bills.

Sen. McClellan is a tireless fighter for her constituents, and always willing to put in the work, which is how I know that she will do the same for all Virginians as our Commonwealth’s next Governor.