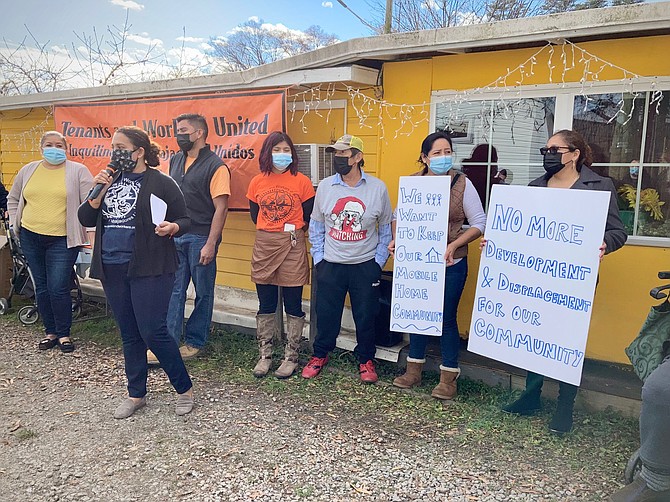 Trailer park residents on Richmond Highway are not happy with the plans for the park.

Mobile home owners at Harmony Place Trailer Park, just south of Costco on Richmond Highway, pressed for health and safety repairs to the run-down infrastructure of their park at a press conference Friday.  They called for improved stormwater drains, upgraded power lines, filling of potholes, and creation of a play area, as well as a rent freeze. 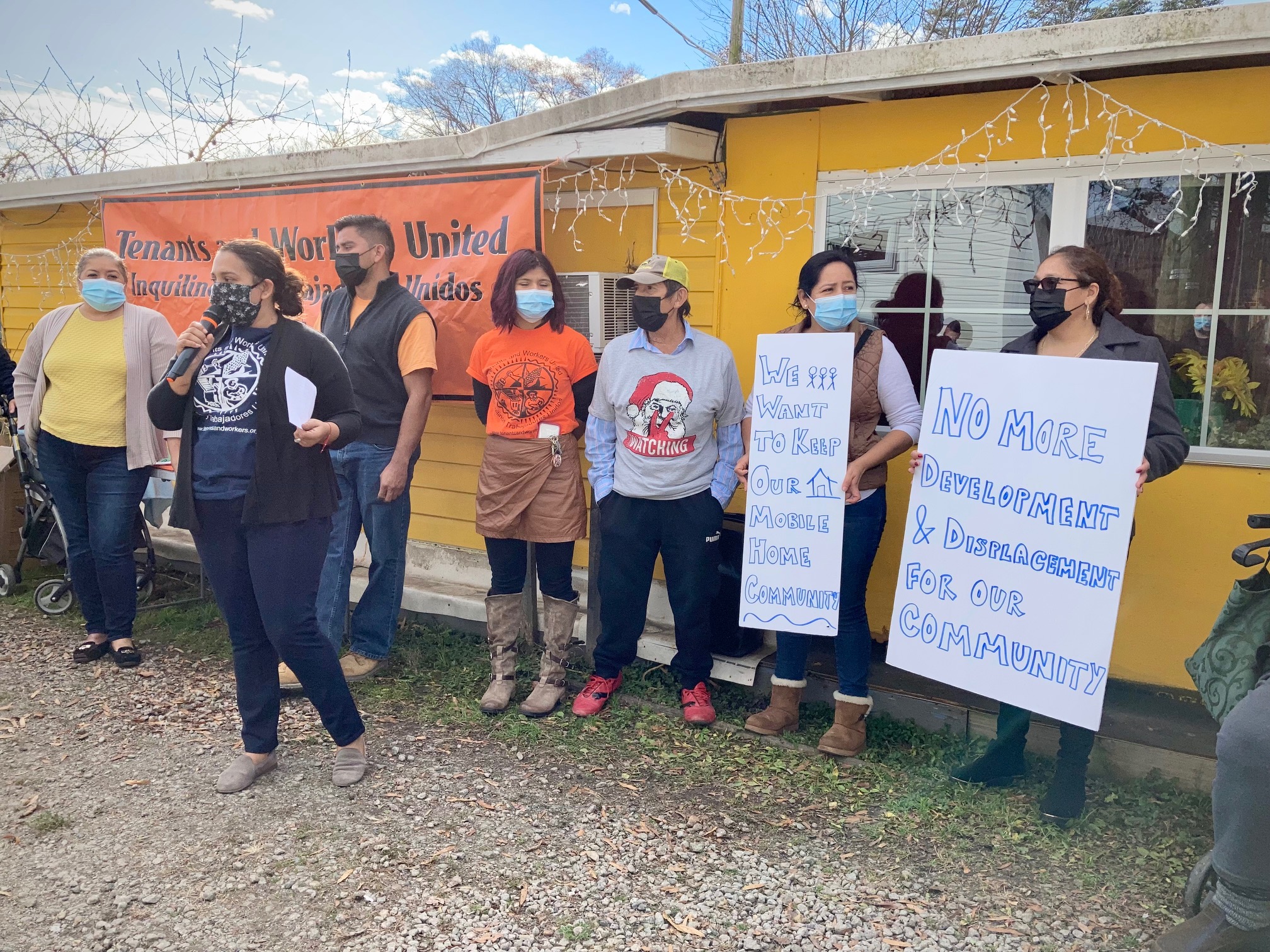 The repairs will be up to the new owner, which will be decided soon, when the current owner accepts one of two bids on the property: one from a private mobile home park company, Six Rock Properties, and another from a nonprofit, CFH, which could offer more stability to the residents.

Six Rock, which owns a number of parks in North Carolina, signed a sales contract with the current owner and set a closing date of Wednesday, Dec. 22.

CFH and partners recently made a bid, backed by the county, under a new state law that says owners must consider offers from nonprofits backed by 25 percent of the residents made within 60 days of posting the original offer. Habitat for Humanity and Tenants and Workers United, representing the tenants, are partners with CHF. The offers are not public, but are reported to be competitive.

The law is intended to offer residents a chance to halt the sale of mobile home parks to developers or investment groups. Mobile home parks owned by nonprofits or cooperatives have been shown to provide stable affordable housing in many parts of the county. CFH, which successfully purchased and stabilized a mobile home park in Manassas, planned to renovate the park, work with residents, and keep rents at a level needed to maintain the park.  The county arranged financing for the nonprofit group. It also asked Six Rock to sign an agreement to make specific repairs in exchange for maintenance financing, but it had not done so at the time of the press conference.

“Whoever buys this land, we don’t want our community to be a business where big companies profit off low-income families. We want a dignified community to live in,” resident Amilcar Benitez told reporters.

Tenants and Workers United Executive Director Evelin Urrutia noted that the 86-unit Harmony Place is a tight-knit community where many residents have lived for more than a decade. Tenants and Workers United has been organizing residents for more than a year to demand better conditions and has cooperated with an effort lead by Lee District Supervisor Rodney Lusk to prepare the nonprofit package.

Dipti Pidikiti-Smith, deputy director of advocacy legal services of Northern Virginia, and Larisa Zehr, attorney and legal fellow at the Legal Aid Justice Center also spoke at the press conference. Pidikiti-Smith filed court papers in late November to restart the clock on the 60-day window for tenant-nonprofit bids because the current owner had not notified the tenants of the impending sale as required by law.

Most of the 1,200 families who live in mobile homes along Route 1 are threatened by the county’s EMBARK development plan, which would upzone the land making it more profitable to sell to developers. A county task force on manufactured housing is examining possible new policies. Currently, mobile home owners who cannot move their older trailers are not compensated for their loss.

Tenants and Workers United and tenants are scheduled to meet with a Six Rock representative Tuesday to press again for a written agreement to make repairs.