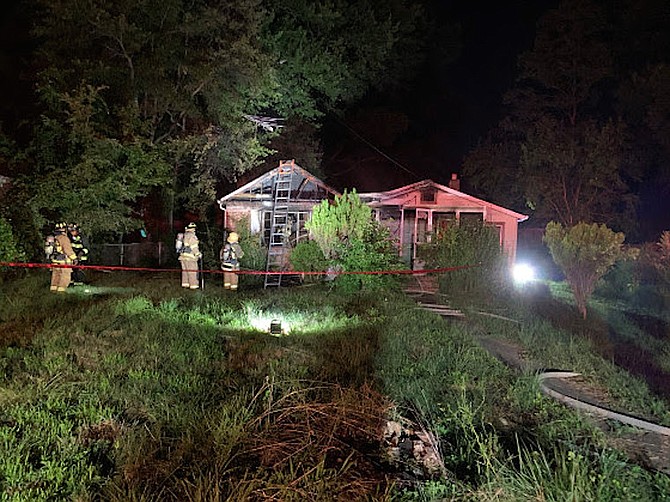 The July fire on Dunbar Street.

Fire investigators are asking for the public’s help gathering information regarding a house fire that occurred on July 28, 2020, in the 2900 block of Dunbar Street in the Hybla Valley area of Fairfax County.

On Aug. 29, at approximately 7:46 a.m., units responded to the 2900 block of Dunbar Street for a reported house fire. Units arrived on the scene of a vacant one-story, single family home with light smoke showing from the roof area. Crews located a smoldering fire involving two mattresses and quickly extinguished it.

On July 28, at approximately 2:11 a.m., units responded to Dunbar Street for a fire in a vacant one-story, single family home. A neighbor observed fire coming from a window and called 9-1-1. The home sustained an estimated $50,000 in damages.

Anyone with information regarding either incident is asked to contact Lieutenant Michael Adams with the Office of the Fire Marshal at (571) 221-1031 or Michael.adams2@fairfaxcounty.gov.