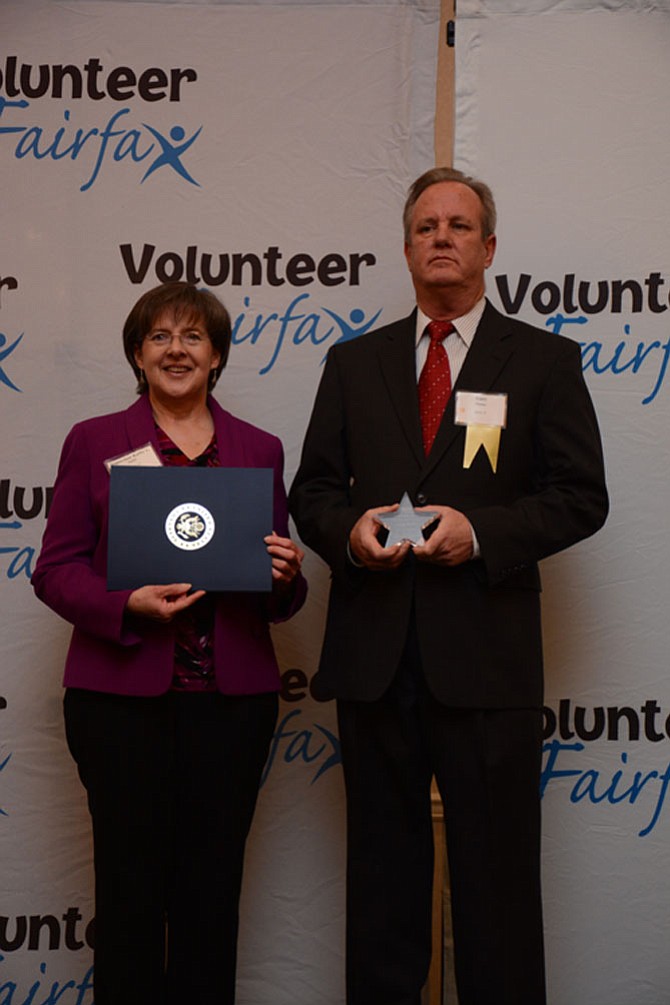 Sully District Community Champion Gary Flather (right) became president of the Southwestern Youth Association since 2002 after first joining in 1989 as a coach and then serving as a commissioner for Little League, Babe Ruth and basketball. Supervisor Kathy Smith (left) (D-Sully) said, “Gary has devoted countless hours to the betterment of the youth of the Centreville community through his involvement with SYA. He did all of this while raising and coaching his own children. What’s also truly remarkable about Gary is that his children are grown and starting their own careers and families, and he still devotes his time to young people and continues to coach.”