Mount Vernon: UCM Adjusting How To Elevate People Out of Poverty
Votes

Mount Vernon: UCM Adjusting How To Elevate People Out of Poverty 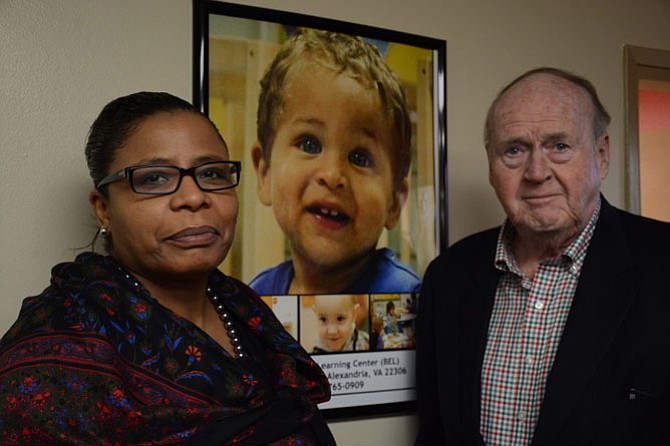 Laurel Cunnane of Alexandria has been volunteering for the past five years at UCM. She coordinates the 45 other volunteers who set up the Holiday Gift room that provides gifts for parents to bring to 1,000 children.

All the gifts are donated, with enough available for clients to choose up to five gifts to take home. Distribution in the Gift Room took place Friday, Saturday and Sunday the weekend before Christmas.

Seeing the parents come in and start shopping for the first time is “the most rewarding part of it,” said Cunnane. “We’re providing kids gifts they otherwise wouldn’t be able to receive.”

Rita Green of Hybla Valley in Mount Vernon has been donating toys and clothing for the Gift Room for the last nine years, but finally decided to come in and volunteer herself, working about three hours a day over the last week and a half.

“My human resources are much better than my financial resources,” Green said.

The UCM food pantry serves about 100 clients per day, according to manager Jose Flores. Their pantry is “client choice,” meaning individuals have a limit but may shop the pantry shelves themselves rather than being given a pre-selected handout.

Flores said about 30 percent of the food is donated from local grocery stores including Costco, Whole Foods, Giant and Safeway, and the rest they purchase from the Capital Area Food Bank at 19 cents per pound.

Some of the most sought after items for the pantry stock are low-sugar cereal and tuna.

“Four-hundred dollars will fill a shelf with cans of tuna,” Flores said. “It’s good protein and there’s a high need.”

Nichelle Mitchem has always been interested in poverty issues. “In the high school yearbook, other people’s future interests were roller-skating and disco dancing,” she said. “Mine said ‘poverty lawyer.’”

Mitchem took over as executive director of United Community Ministries in Alexandria in December 2014. UCM, located on Fordson Road, provides food, rental assistance and other programs including early learning, workforce development and community center space to help empower and uplift Mount Vernon and Alexandria families and individuals who are struggling and or living in poverty. The organization has been around since 1969.

Each year, UCM’s services help more than 10,000 individuals, more than 40 percent of whom are children.

Mitchem has spent more than 20 years working with non-profit organizations doing this type of service.

“I’ve been inspired to give people a voice,” Mitchem said, citing Rev. Dr. Martin Luther King, Jr, Presidents Lyndon B. Johnson and John F. Kennedy as role models for eradicating poverty. “I have to be an instrument of change.”

Charles O’Connor recently took over from Christiane Gigi Hyland as Board Chair for UCM. The retired labor lawyer said Mitchem has a “remarkable skill set” and is helping adjust and refocus the concept of services at UCM.

“We provide food, protection and shelter,” O’Connor said, “but don’t want to stop there. We want to develop [clients’] ability to be hired, to move down the continuum. We want a productive citizen, who’s giving back to the community.”

O’Connor is also impressed with how Mitchem has re-organized work group silos to solve problems jointly with her high “level of knowledge and understanding.”

“And the beneficiaries are the clients,” O’Connor said.

Mitchem said they’re working to communicate with the local business community that a fully self-actualized immigrant population, the kind UCM is hoping to keep empowering and uplifting, “is your workforce of the future.”

“You have to invest in good workers,” she said. “People living in poverty know we exist. We need more corporate partners to help us empower this population, who can then contribute to the tax base.”

Mitchem referenced the Equitable Growth Profile of Fairfax County, released in the summer of 2015, that highlighted the growth in the prevalence of poverty along with a growing immigrant population. The profile also acknowledged the workforce and tax revenue potential in elevating more people from struggling lifecycles.

“If Fairfax County is successful in uplifting and empowering its growing immigrant population,” Mitchem said, “there’s $23.6 billion if they become fully actualized.”

In addition to their adjusted focus on developing productive members of society, Mitchem has made other changes at UCM during what she called “a transformative year.”

They’ve added an emeritus board of former members of the governing body, to get them involved again with engaging in advocacy. There’s also a young professionals board, still in its infancy, to promote more civic engagement among the millennial crowd.

Bruce Malkin with the Mount Vernon Kiwanis Club, a longtime partner with UCM that focuses on helping families with children by providing food and backpacks with food supplies, is “really impressed” with Mitchem in her first year.

“Things going very well there under her leadership,” he said.

But Mitchem is particularly proud of a new client advisory board, which met for the first time earlier this month to discuss how UCM programs are or are not meeting their needs. This board mirrors the UCM governing board, she said, and “is giving them a voice.”